A racketlon match consists of four sets of each sport, in the order from the smallest ‘racket’ to the biggest (you’re clever enough to figure out yourself what the first and the last sport of a match is). Each set goes up to 21 points. The player who scores the most points overall wins the match. That’s a twist: if you win three of the four sports, it doesn’t necessarily means you win the match. 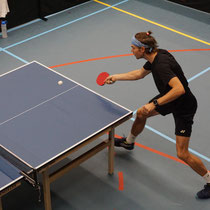 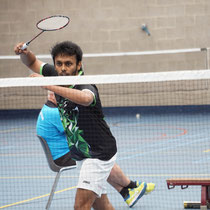 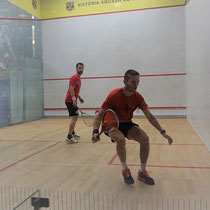 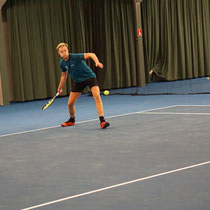 Discover the Games took a closer look at the sport at the IWT Dunlop Rotterdam Open in the Netherlands. Elite players have their own competition, but at racketlon tournaments there are lots of different categories, so everyone can play. Men, women, elite A, B, C and players in different age categories: they all swarm together at the Victoria Squash Center. “We create a nice, welcoming community”, says elite player and organizer Duncan Stahl from Great Britain. “We bring new people to the game almost every tournament. They give it a go, then people can get quite addictive to the game and so their racketlon journey begins. Players in the lower category enjoy playing and watching elite players as well.”

Everyone who first comes to racketlon generally comes from one of the four sports. Stahl: “Sometimes players turn to racketlon because they come to an end of their career in their own sport or sometimes they realize they’re not gonna make it anymore in their sport, but they still want that competitive buzz.” Racketlon seems to be a pretty good option. 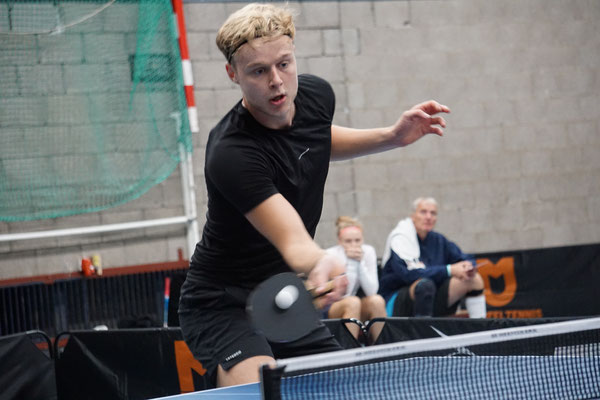 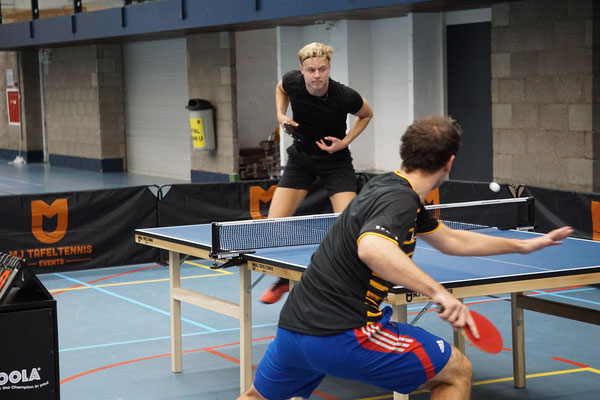 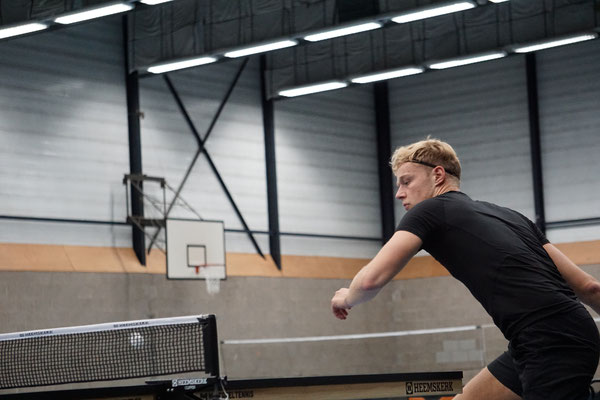 Koen Hageraats for example, a 27 year old former table tennis player from the Netherlands who played at European and World Championships. Since four years racketlon became his hobby and passion. “I reached a certain level with table tennis and I had the feeling there was not much more to learn for me. I already liked the other racket sports, so after one tournament I was hooked. It's nice to feel you can easily improve so well and quick in the other sports.”

The players travel to different tournaments in different countries. At the IWT Dunlop Rotterdam Open, part of the International World Tour, there are fifteen different nationalities spread over the different categories. The sport has a World Championship every year. “The same three, maybe four hundred players travel to those tournaments. That creates a truly nice atmosphere, because you know each other well”, says Hageraats. “I play four, five tournament a year. I want to play a bit more, but that’s financially not possible. Racketlon is not a professional sport in terms of winning prize money.”

The quarter final match from Hageraats against the second seeded French player Sylvain Ternon is a perfect example of the unique scoring system of racketlon. Hageraats, originally a table tennis player, wins the table tennis match with 21-5. Ternon, who specializes in badminton, wins 21-0 in badminton. After a 21-8 win from Hageraats in the squash match he needs twelve points with tennis to win the quarter finals. Which he does. The match stops when the Dutchman leads 12-6. “It’s very important to win the sport you do best with a great margin and to score a few points in the sport you’re not that good at.” Although Hageraats scored no points at the badminton game, he put things right at the squash match.

So, in short, (1) If you enjoy racketsport and you can't chose, you can play them all in one game. (2) If you're good at one of them (preferably two), you can play at a decent level pretty quickly. (3) If you've reached a certain age already, you can play international tournaments in a nice atmosphere. In some countries you can play racketlon at a club. On racketlon.net you can find more about the sport, the tournaments and where you can play it.