Haudenosaunee, inventors of lacrosse, representing their own people at World Games

A special flag flies on the lacrosse field at the World Games in Birmingham, Alabama. Purple with a number of symbols across the length of the canvas. It is the ancient Hiawatha belt, the flag belongs to the Haudenosaunee. This is the story of the inventors of lacrosse, who represent their own people at the event.

The Haudenosaunee live in the northeast of the United States and south east of Canada. They are the indigenous people of that border area, are also called Iroquois and represent the Six Nations. Of those six, the Mohawk are perhaps the best known. Hiawatha, the peacemaker, is an Onondaga. Together with the four others, they form 'the people of the longhouse': the Haudenosaunee. “We consider ourselves a sovereign state, we have our own passport and we don't feel Canadian or American in the first place, we feel connected to our own people,” says lacrosse player Cody Jamieson.

The fact that the Haudenosaunee are allowed to participate in the World Games in their own sport is due to an act of respect and rarely shown selflessness on the part of Ireland. That country was initially on the schedule. The Haudenosaunee, who are allowed to participate in World Cups and other tournaments and are the number three in the world ranking, were not invited to the event. The World Games are governed by IOC rules, which require only sovereign states to participate.

It sparked outrage in the lacrosse community and outcry (especially online) erupted. The organization of the World Games decided to change course and announced that the Haudenosaunee were welcome as participants. Ireland, number 12 in the world, stepped back and allowed the inventors of the game the international stage.

“A gesture that humbles us,” says Haudenosaunee player Jeremy Thompson. “Our people feel a bond with the Irish because we assisted them in the 19th century during the famine when the potato crop failed completely (the potato famine, ed). That they are doing this for us now… this is wonderful.” The selfless act took on an extra emotional charge in Birmingham, when a small delegation from the Irish team showed up to congratulate the Haudenosaunee.

And so the team, including the women’s lacrosse squad, proudly walked into the stadium with the purple flag at the opening ceremony. In addition, the flag of the Every Child Matters movement, which seeks recognition for crimes against indigenous children in North American boarding schools, was also displayed. Jamieson: “It means everything to us. Each of us got so many apps and messages from people at home who saw us with those flags. It emphasized what a great moment this is. We are finally getting recognition and being seen for who we are.”

Player Kason Tarbell adds: “It's still a struggle for us. That naturally harks back to colonialism: our people who had to try to survive. The western world is still trying to erase us from the history books. Well, here we are with our flag, we are still fighting.”

That's what the Haudenosaunee do with lacrosse, the game with the stick with a net at the end. At the World Games, a fast six against six variant is played on a small field, normally it is ten against ten. The ball is passed through the stick, physical contact is allowed and the goal is of course to score as much as possible. “Lacrosse is in our blood,” says Thompson. “On the day of the ceremony where are given our own native name as a child, the hope is expressed that the child will later become a good singer, dancer, speaker or lacrosse player.”

The game has a deeper meaning for the original players. Lacrosse has a spiritual character. Where it used to be a sport, in which young men of the tribe were prepared for war and battle, today's cheerful men want to carry the message of peace. “This game is essentially not about how many goals you score. Of course we want to win our game, but we play to show our attitude, to gain character, to tell our story. About who we are.”

They are the Haudenosaunee, inventors of lacrosse, fifth at the 2022 World Games, but much, much more important: for the first time in history, they represent themselves at a major multi-sport event, proudly carrying their purple flag with the Hiawatha belt. 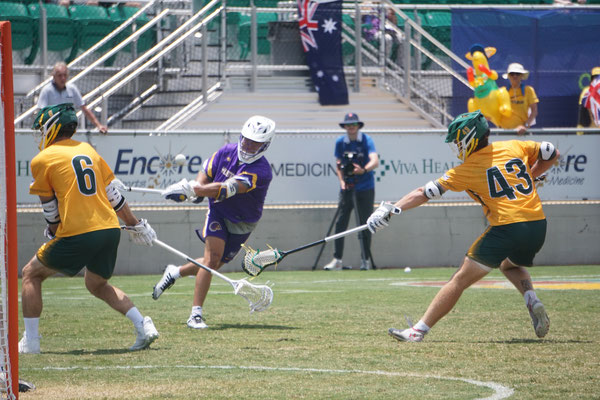 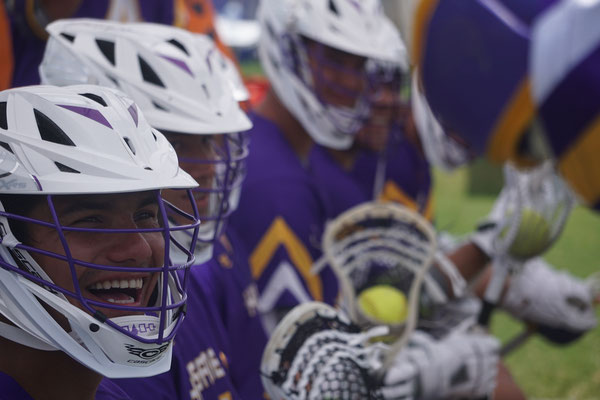 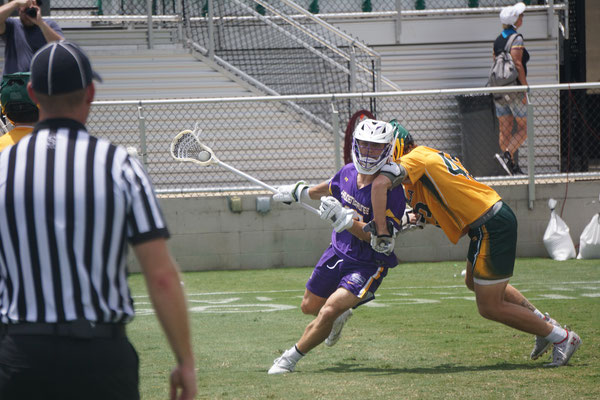