Canoe polo, floorball, bowling, lacrosse: they have their own Olympics

Suddenly, The Green Goblin flies over the packed Protective Stadium in Birmingham, Alabama during the opening ceremony. Funk legend Bootsy Collins, meanwhile, leads spectators through the history of the American city, which has played an important role in the African-American civil rights movement since the early 1960s. It’s a city of hard workers too, of coal and steel. And a city that wants to show itself to the world with a warm 'southern charm'. 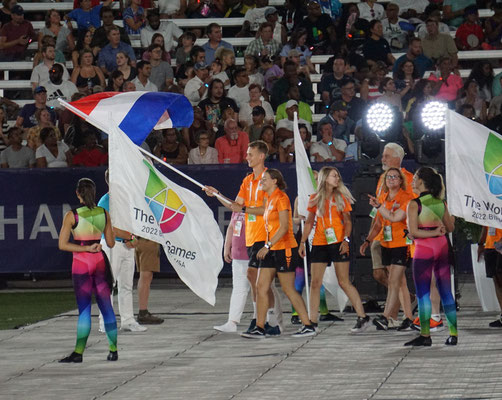 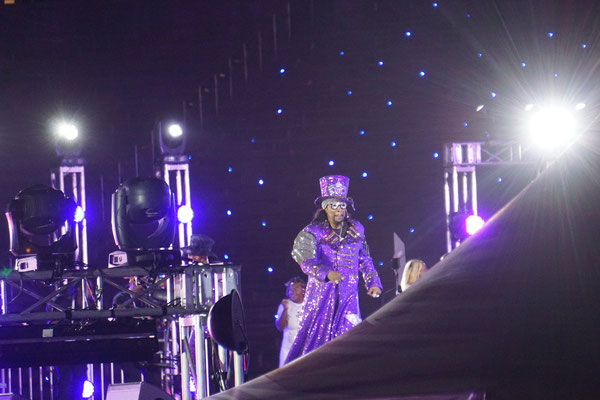 Is it the Olympics? No. It's the World Games. Does it feel like the Olympics? Yes. There are no rings and there is no 'eternal' burning flame, but many Olympic symbols have been adopted. Flag bearers (for the Netherlands bowler Denise Blankenzee and korfball player Laurens Leeuwenhoek waved the red-white and blue) walk into the stadium during the country parade. There is music, a spectacular drone- and light show and the World Games will also be officially opened. Not by an elderly official, but by the hip and young mayor of Birmingham, Randall Woodfin.

It is therefore not surprising that the World Games, which will be held until July 17, can best be described as the Olympic Games for non-Olympic sports. Korfball, squash, billiards are of the most famous ones, but there is also a more obscure and less well-known section. Sports that many do not know exist. Canoe polo for example. Or floorball. Or lacrosse. And there are sports that some do not recognize or qualify as such: bowling, dancing, frisbee.

They form a motley crew in Birmingham for ten days. The Dutch are active in 16 of the 34 sports at the event. Mike Schloesser is world archery champion, but not in an Olympic discipline and so he is at the World Games. “But actually I approach this as one of the tournaments I play,” he says. Like the professional athlete he is, he skipped the opening ceremony, because he had to shoot his arrows a day later.

Just as Team NL expresses itself at the Olympic Games, so it does at the World Games: in orange, recognizable among the hundreds of other athletes. “We have to look like a team. Support each other. I think that is important indeed”, says delegation leader Jan Sjouke van den Bos. The expression radiates unity, but Van den Bos's mission is to shape that unity even more, to involve sports umbrella organization NOC*NSF more in the sports and the event.

The Dutch korfball association, to which Van den Bos was associated for many years as national coach, has been taking the organizational lead since the beginning of this century. “But we want the NOC*NSF to partner with the World Games. This event must become part of the sports umbrella, just like the Paralympic Games and the Youth Olympic Games. The result is hopefully that there will be support to run good training programs and that there will be media attention. These sports matter, these are top athletes who spend a lot of time in their passion, in their sport.” Five years ago, Van den Bos had the same mission at the edition in Wroclaw, Poland. “But then there was a lot of headwind, now I feel the tide has turned, we have the wind beneath our wings.”

And that feeling might be right. Anneke van Zanen, chairman of NOC*NSF, will be in Birmingham during the first days of the World Games 'to get a taste of this event' and speaks out in favor of the existence of these lesser-known sports. “Here are sports that we don't often see in the Netherlands and that is a loss. We want to get the whole of the Netherlands playing sports. These sports are part of that, they are important. We are going to see whether we can come up with a route that will bring more attention to it and where we can provide the necessary support.”

Athletes at the World Games have to pay for a lot themselves, for some a reason not to participate in every tournament. But many athletes do. And they are being rewarded with the Olympic feeling, which might as well be called the World Games feeling. “When we play a European Championship or a World Cup, the residents of that city often don't even realize that the event is in their city,” say bowlers Samantha Greiner and Denise Blankenzee. “Here you can feel and see everywhere that there is an event. The reception, the decoration in the city. Very cool to see.”

(This article was published in Dutch at NOS.nl)