Howling, barking and jumping. If the husky’s sense they are about to go on the trail, they show their enthousiasm. The sound at the stake-out of the World Championship sleddogracing in Östersund, Sweden is overwhelming. It is completely normal to all the mushers. This is what their dogs do when they are getting prepared to race.

The three-day-event is held at the Biathlon Ski Arena in Östersund. The stake-out, where the dogs wait, is the parking place. Everyone is helping each other out. Mushers from other countries, from different racing classes, offering a helping hand when the preparations to go to the start are near. It’s a ritual of friends who understand and share the passion and love for the dogs and the sport. For most of the mushers sleddogracing is not just a hobby, it’s a lifestyle. And that’s recognizable to almost everyone in the sleddogsport. For those who are not from countries where snow is a common fact (New Zealand, Great-Britain, the Netherlands), it takes a lot of time, energy and money to travel and take part at events such as the world championship. 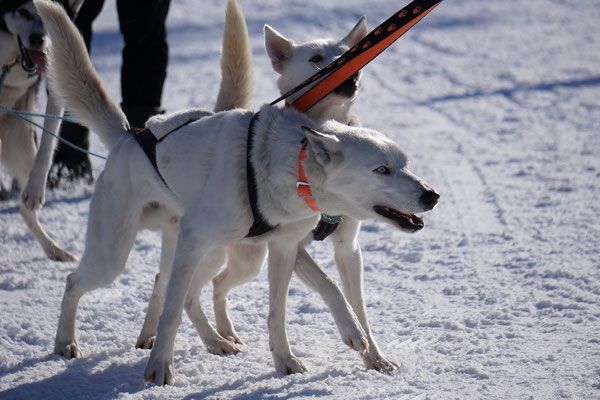 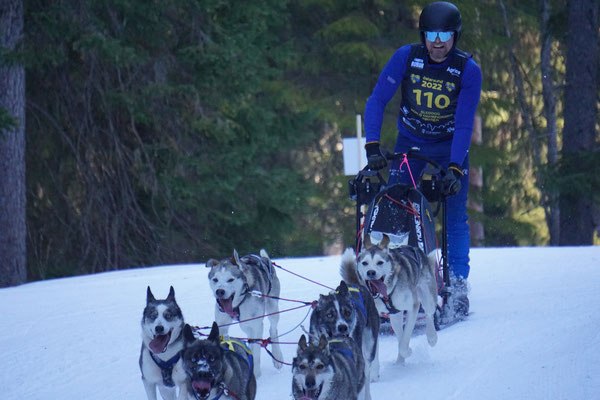 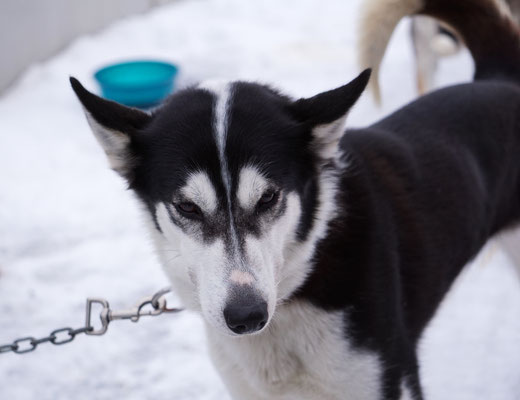 The dogs stay in their cage inside the huge trucks of the mushers, coming out if they must be fed, watered or they need to pee or if the race is getting started. In Östersund most of the dogs must descend from the hill at the stake-out to go the start. Eager to begin they howl, they bark, they jump.

Their first instinct is to run, so they must be held by two or three people to prevent them for going to soon. Once the sign is given, the husky’s are loose. As fast as they can, they run down the trail with the musher or a sled on ski’s behind them. The large tongue of the dog hangs out of their mouth, moving in all directions like it’s not a part of them. Their beautiful parti-coloured eyes (blue, brown, green) are focussed to follow the track.

Run, that’s what they do. And howl. And bark. And jump.