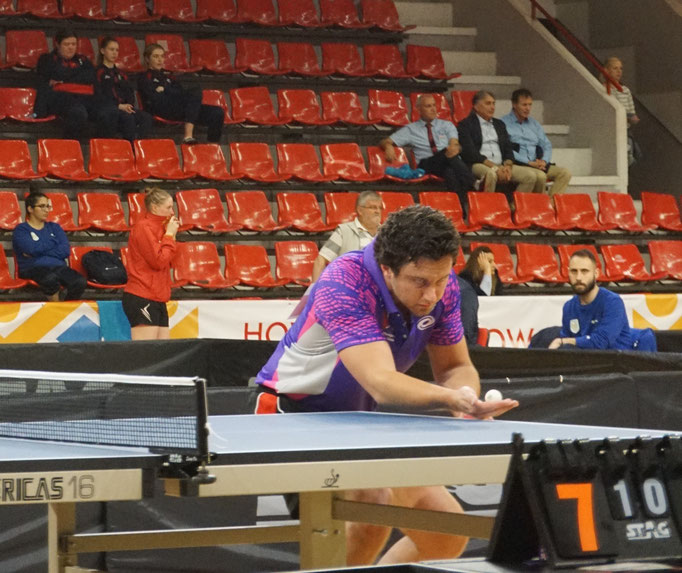 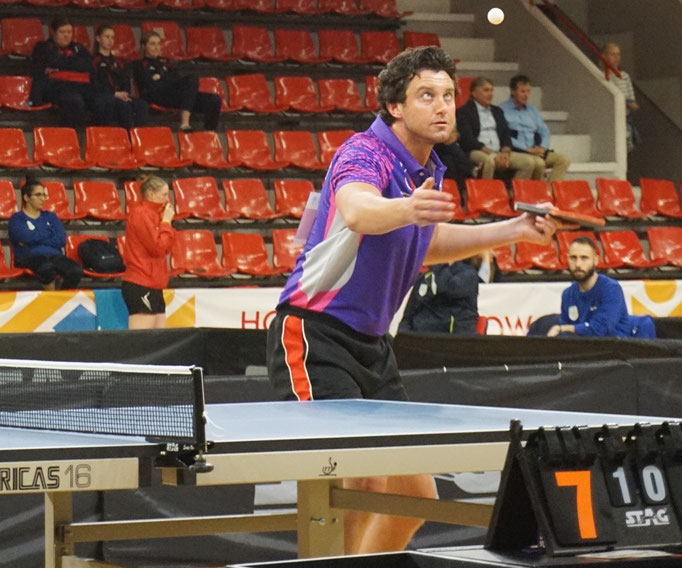 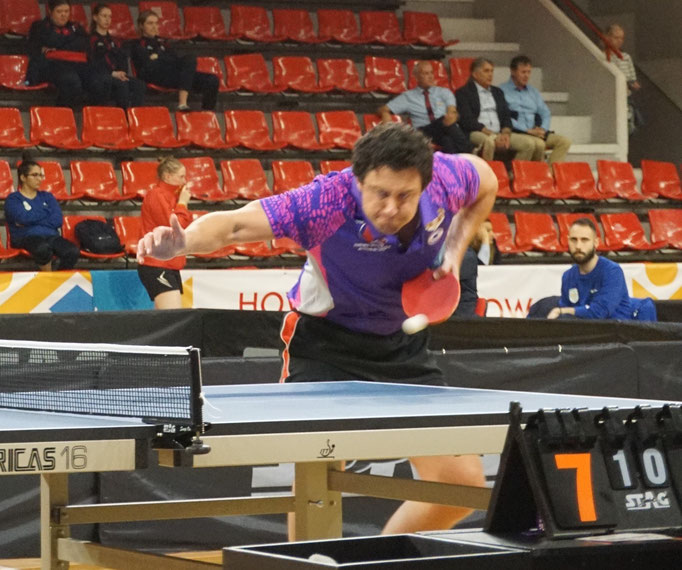 In Tivat, along-shore the Bay of Kotor, you’ll find a sporting complex. Inside: the tabletennisplayers who participate at the Games of the Small States of Europe. They play their matches in front of very few people an that’s too bad, because there is plenty to watch. There’s a player who certainly has reached the age of 50 (Ulrika Quist), there are two Asian-looking players (Chimei Yan and Xiaoxin Yang), there is a player who’s got only one arm (Filip Radovic) and there is that guy you’ll recognize immediately.

His name is revealed later, not that he’s well-known, but it fits perfectly with his character and appearance. The match has not started yet, but he’s joking his way through the warm-up already. He’s got a friendly smile for his opponent, than he’s focusing on the match and next he tries to impress with some magic trickshots. You know it, when you see it: this is one of those guys you call an ‘enfant terrible’. A bad boy. An asshole. But also: a crowdpleaser, a man who knows how to draw the attention of the people. Even if you don’t know anything about this man, in a blink of an eye you see he has the ability to make your blood boil and to make the corners of your mouth curl at the same time.

Anthony Peretti (told you so) from Monaco shows everything you expect him to do within the first five minutes of the match: a magical touch, obvious mistakes and 14 indignant reactions. The world has something against Anthony Peretti. And sometimes Anthony Peretti belongs to that world as well. His service hasn’t got the approval of the referee. Apparently the ball is lying too deep in his hand or it rolls too fast off his hand or something like that. The referee is not pleased with the service and tells Peretti to serve in another way. He gets three penalties and then he’s already tired of the decision of the referee. “Can you take a look at my service”, he shouts at an official. “She thinks something’s wrong with it, but that doesn’t make any sense.” The man in the suit is not responding. As if he wants to say: the referee is in charge, we have no VAR, no discussion, just play the damn match and get your service like it ought to be.

Apparently Peretti is adjusting his service correctly, because he receives no more penalties. But the fascination to look at this player/whiz/clown/spitfire remains. He makes noises, he’s yelling, he talks to himself after every point, he’s copying invisible rally’s while his opponent is ready to serve. Secretly your hoping for the moment he kicks at the table or throws the ball to the referee, but Peretti is calm. Even enfant terribles are colouring within the lines sometimes. Peretti loses the match, is looking at the world with exasperation one more time and then takes his bat and towel. Peretti, lovely enfant terrible, has done it once more: entertaining everyone who saw him play.